Do you really think that our Current Healthcare insurance Plans are working?


The CVS Caremark covered insurance plan has dropped Avonex, Plegridy and Extavia, three multiple sclerosis disease-modifying therapies, from their 2017 formulary.
You say, OK, but what does that really mean? If your prescription insurance is through CVS Caremark, and you want one of those drugs or one of the other 130 that were announced as off their formulary for next year, you can still get it, but you have to pay the full price.  Your CVS Caremark insurance will no longer cover those costs unless your doctor is able to successfully appeal the formulary decisions.
Why would CVS do this? The bottom line is company profits for the stakeholders. CVS Health’s statement to their stockholders and clients reads:
“CVS Health is taking a stand against egregious drug price increases that unnecessarily add costs for clients and their members. On a quarterly basis, products with egregious cost inflation that have readily-available, clinically-appropriate and more cost-effective alternatives may be evaluated and potentially removed from the formulary. 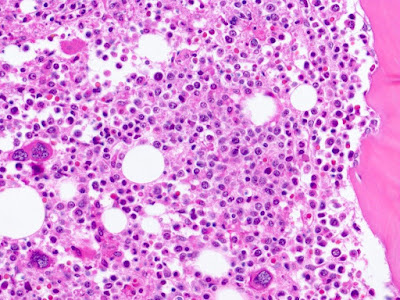 
Scientists at Stanford University School of Medicine have developed a method for stem cell transplants that may do away with the need for prior systematic treatment with chemotherapy or radiotherapy. If successful, stem cell transplants could be an option for patients with multiple sclerosis (MS), an option now limited by the risk of severe toxicity triggered by the chemotherapy.
The study, “Hematopoietic stem cell transplantation in immunocompetent hosts without radiation or chemotherapy,” was the cover story of the latest issue of the journal Science Translational Medicine. The method has been successfully tested in mice, but if proven safe and effective in humans, it could truly revolutionize MS treatment, as well as the treatment of a host of other conditions.
“If it works in humans like it did in mice, we would expect that the risk of death from blood stem cell transplant would drop from 20 percent to effectively zero,” the study’s senior author, Dr. Judith Shizuru, MD, PhD, and a professor of medicine at Stanford, said in a news release.
While blood, or hematopoietic stem cell transplants, known as HSCT, have been available for MS patients for some time, health authorities in many countries — including the U.S. and EU — have not yet approved such treatments for MS. Lately, studies have supported the idea of stem cells being used for MS and a recent clinical trial found the method successful in 23 out of 24 patients.
Continue

Posted by Stuart at August 15, 2016 No comments: Links to this post

Although Tysabri (natalizumab) is a highly effective in treating patients with relapsing-remitting multiple sclerosis (RRMS), some may develop progressive multifocal leukoencephalopathy (PML). According to a new study, this occurs because Tysabri impairs immune surveillance in the central nervous system and reactivates the latent John Cunningham polyomavirus (JCV).
The study, “Natalizumab Affects T-Cell Phenotype in Multiple Sclerosis: Implications for JCV Reactivation,” published in the journal PLOS One, was developed by researchers at Sapienza University in Italy.
Tysabri, an anti-CD49d humanized monoclonal antibody, is known to impair the migration of inflammatory cells into the central nervous system (CNS), leading to a significant decrease in relapses in RRMS patients. It is currently one of the most effective therapies against RRMS, but reactivation of JCV — with consequent development of PML — often limits its use.
Currently, standard of care for RRMS patients includes the routine measurement of anti-JCV antibodies in the serum to assess patients’ risk of developing PML. But some patients have JCV infections even without detectable antibody responses, suggesting that additional markers are required to better risk-stratify patients for PML.
Previous studies have reported that Tysabri modifies the number of certain immune cells in circulation, and decreases CD49d expression at the surface of the immune cells. Therefore, the researchers aimed to assess CD49d expression and alterations in circulating immune cells in a long-term setting that could correlate with JCV reactivation.
Continue

Posted by Stuart at August 15, 2016 No comments: Links to this post

5 Things a Neurologist Wants You to Know About Multiple Sclerosis

Whether you’re newly diagnosed with multiple sclerosis (MS) or have had it for decades, you probably have some questions about the disease, how it might affect you in the future, and how to stay as healthy as possible for as long as possible.
Robert Fox, MD, a neurologist at the Mellen Center for Multiple Sclerosis at the Cleveland Clinic in Ohio, shares what he tells his patients with MS about what doctors know — and don’t know — about MS, and what doctors and patients can do to treat symptoms and prevent disability.

1. This Is a “Good” Time to Be Diagnosed With Multiple Sclerosis

Being diagnosed with MS is never a good thing, but, Dr. Fox says, “We’re at a point in MS where once we find the right treatment, in the majority of cases, we can get the disease completely managed so that patients can continue doing all the things they want to do in life, whatever that is.”
“We don’t always do it with the first treatment,” he cautions. “Sometimes, it takes the second or the third, but usually — at least in the early stages of MS — we can get the disease fully managed and fully controlled.”

Scientists are beginning to think differently about the different types, or stages, of MS.
“We used to think of MS as two separate stages or two different types — either relapsing-remitting MS, or secondary-progressive MS — and primary-progressive MS is sort of lumped in with the secondary-progressive MS,” Fox says.
“What we’ve come to realize,” he says, “is that it’s probably not two separate, distinct forms or stages of MS, but rather two different components that overlap one another.”
One of those components is the active inflammation, which causes injury to the brain and spinal cord. “And the other is what I call the degeneration of progressive MS,” says Fox, in which old injuries gradually get worse.
This explains why a person’s symptoms may get worse even when an MRI shows no new lesions.
“Patients will have predominance of one aspect of the disease at one point, and then predominance of another aspect at another point.”
While the inflammation associated with MS can often be controlled, so far, doctors’ ability to change the course of degeneration in MS is limited.


A large study of multiple sclerosis patients (MS) came to the conclusion that clinical and brain imaging assessments drawn from magnetic resonance imaging (MRI) scans are poor measures of long-term prognosis for patients.
The study, “Long-term evolution of multiple sclerosis disability in the treatment era,” published in the journal Annals of Neurology, also showed that a lack of disease activity in the immediate years following disease onset does not predict later outcomes, and questions the use of yearly MRI assessments and whether aggressive early treatment to halt disease activity can actually ensure lower disability over time.
Researchers at the University of California San Francisco followed 517 MS patients over time. The vast majority (91%) were followed for up to 1o years. The team wanted to determine if brain scans and clinical assessments could be used to set a prognosis of disability development.
Continue

Posted by Stuart at August 14, 2016 No comments: Links to this post