Cannabis and cognitive functioning in multiple sclerosis: The role of gender.

BACKGROUND: Cognitive function in people with multiple sclerosis (PwMS) is associated with gender differences and the use of smoked/ingested cannabis.
OBJECTIVE: The objective of this report is to explore a possible gender-cannabis interaction associated with cognitive dysfunction in PwMS.
METHODS: A retrospective analysis was undertaken of cognitive data collected from 140 PwMS. A general linear model was conducted to determine gender and cannabis effects on processing speed (SDMT), verbal (CVLT-II) and visual (BVMT-R) memory, and executive functions (D-KEFS), while controlling for age and years of education.
RESULTS: Cannabis was smoked at least once a month by 33 (23.6%) participants. Cannabis users were more impaired on the SDMT (p = 0.044). Men, who comprised 30.7% of the entire sample and 42.2% of cannabis users, were more impaired on the CVLT-II (total learning, p = 0.001; delayed recall, p = 0.004). A cannabis-gender interaction was found with the CVLT-II delayed recall (p = 0.049) and BVMT-R total learning (p = 0.014), where male cannabis users performed more poorly than female.
CONCLUSION: Males with MS may be particularly vulnerable to the cognitive side effects of smoked cannabis use.

The wait is over, Florida! Finally patients can access medical marijuana treatments without the 90-day wait period

The wait is over! Finally patients can access medical marijuana treatments without the 90-day wait period. Questions? Comments? Leave them below, and we'll help explain the new system!

The Legislation implementing the medical marijuana amendment Florida voters approved last fall is on its way to the Governor.  On June 9, 2017,  during a special session, the Florida Legislature passed SB 8A and SB 6A, implementing Article X, section 29 of the Florida Constitution.  Florida Governor Rick Scott is expected to sign both bills into law and new laws will become effective immediately upon signature.

The following are among the key provisions in Florida’s new medical marijuana use law:

It is important to note federal law still criminalizes the possession, use, and sale of marijuana.  The new Florida law does not immunize violations of such federal law or any non-medical use, possession or production of marijuana.  We will continue to monitor changes to Florida regulations on this issue.
For more information on other developments in health care laws affecting physicians, hospitals, and other providers, including the team, publications, and other materials, visit Foley’s Health Care practice.
SOURCE


Israeli scientists discover an abnormality in neurons’ protective membrane may enable the immune system to launch a mistaken attack. 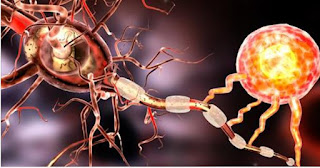 Researchers have long speculated that MS is triggered by the body’s own immune system unleashing an uncontrolled attack on myelin sheaths that protect nerve cells (neurons).
A study published by Israeli scientists in the Journal of the American Chemical Society (JACS) pinpoints a structural instability in the myelin membranes, the “insulating tape” surrounding neurons.
This vulnerability seems to be what gives the immune system access to otherwise protected regions.
“We found that small modifications in the myelin sheaths create structural instabilities that may help the immune system to enter and attack neurons,” said principal investigator Prof. Roy Beck of Tel Aviv University’s School of Physics and Astronomy and Sagol School of Neurosciences.
“Current therapeutic approaches have focused on the autoimmune response without identifying a clear mechanism. Our research suggests a new avenue for multiple sclerosis therapies and diagnostics,” Beck said.
Breaking down the insulation
Axons, which carry electrical impulses in neurons, are surrounded by protective myelin sheaths. In MS, an autoimmune “error” mistakenly identifies these sheaths as hostile foreign entities and breaks them down.
The research, conducted by Rona Shaharabani, a doctoral student in Prof. Beck’s lab, pinpoints the precise alterations to the myelin sheaths that result in structural instabilities, creating “easy access” for autoimmune attacks.
“After years of research, we were amazed to discover that a possible trigger for the outbreak of the disease could be found in the membrane’s physical structure,” said Beck.
Cylindrical instead of flat
He explained that the lipid-and-protein building blocks of the myelin sheaths give the membrane a shape that is critical to their functioning.
“If the basic building blocks are straight, the membrane will be flat, which is the preferred structure for a neuron’s ‘insulating tape,’” said Beck. “However, if they exhibit a more cone-like shape, the membrane will tend to form closed round cylinders. These produce spontaneous holes in the surface of the sheath, rendering it vulnerable to attack.”
For the purpose of the research, the scientists harnessed X-ray light to examine hundreds of membrane model systems that mimicked those of healthy and diseased animal models.
In collaboration with Prof. Ruth Arnon of the Weizmann Institute of Science in Rehovot, co-developer of the leading MS drug Copaxone, and Prof. Yeshayahu Talmon of the Technion-Israel Institute of Technology in Haifa, the team also used electron microscopy to determine the different nanoscopic structures of both natural myelin sheaths and model system membranes.
“The next step is to find a way to reverse the disease progression and find new techniques for early detection,” said Beck.
SOURCE