"Finding The Help You Need" - Catastrophe Assistance and more

Showing below, are the resources provided by  The Multiple Sclerosis Foundation which are designed to meet the needs of many affected by MS 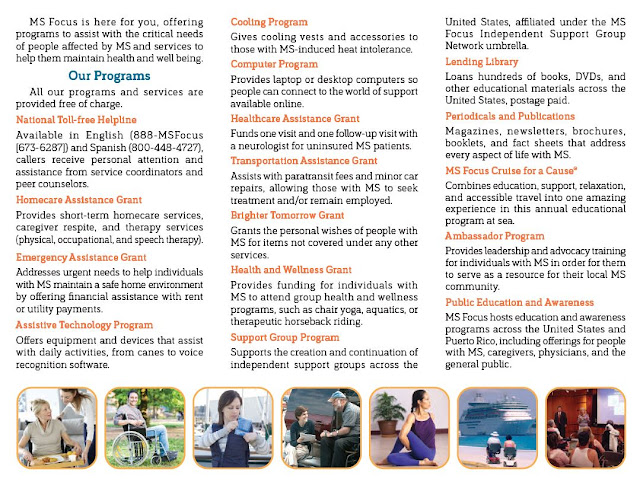 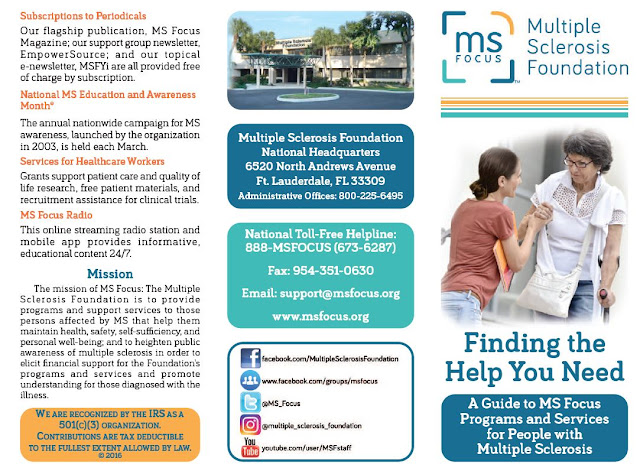 Keep up to date with MS Views and News,
to learn from the information and resources that we share Multiple sclerosis (MS) is an unpredictable disease that can damage key parts of the central nervous system and may cause a host of debilitating symptoms. Many people associate MS with the gradual loss of motor function and sensation, but this does not complete the picture of this complex condition.
A recent study asserts that MS can actually alter the way people with the disease perceive and process social situations. And it may even shed some light on why some people with MS may easily misread a situation and react differently than expected.
MS disease activity can trigger changes in the brain’s white matter, which controls many higher brain functions. These changes can lead to deficiencies in both theory of mind (ToM) and facial emotion recognition, which are significant when compared with people who don’t have MS.
ToM is the ability to attribute mental states such as intentions and beliefs to oneself and others, and to understand that these states may be different than one’s own. For example, someone might be talking, explaining a situation with no malicious intent, but a person with MS could misinterpret the facial expressions of the person speaking and perceive them as angry.
This is not the first study to look into ToM and MS. Social cognition and MS have been studied for years, and the research points to significant differences between people with MS and control groups. A recent analysis of the connection between MS and ToM covered 21 studies that provided data on over 1,200 people with MS. The researchers’ analyses showed similar levels of cognitive decline than what were noted in the new study.
Social cognitive deficits are often overlooked, but offer significant opportunities to improve social functioning and quality of life. Human connectivity is critical for those living with MS, but cognitive issues can interfere.
READ MORE 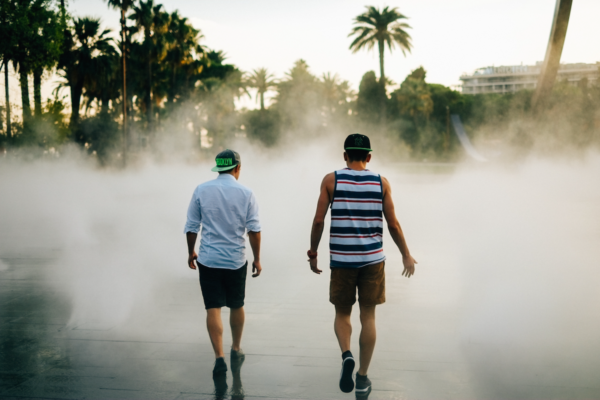 “A strong person is the one who knows how to be quiet, shed a tear for a moment, and then picks up their sword and fights again!” (Montel Williams)
A mutual enemy forged an unlikely bond between two men of different generations, working in different industries, who otherwise may never have even met. Herman Stone is a bona fide movie theatre mogul, having spent more than 40 years as a film industry entrepreneur. He is currently founder and CEO of Stone Theatres, a big-hearted philanthropist, a dedicated family man, and Founder of Discovery MS, an organization dedicated to raising funds for Multiple Sclerosis research. Jason Cox is an Associate Vice President at Morgan Stanley, a board member of the J. Cox Family Foundation, also a dedicated family man, and partner with Herman at Discovery MS. These two men have one mutual goal: finding a cure for MS.
I am very proud of Herman and Jason’s dedication to finding a cure for this horrible disease. I was so impressed by each of them during our interview. So, as a Happy Living reader, I think you’re about to be impressed too!
Matt: Hi Herman and Jason, please tell us a little about yourself and how you got where you are today?
Jason: Hello, my name is Jason Cox and I have gotten to where I am by a series of happenstances. Early in my professional career, I was working in my hometown and for my own businesses. Then, in September of 2001, Multiple Sclerosis took the vision from my right eye. So I decided I’d better go back to school because no matter what happened with my MS, I would always be able to think. So I applied and was accepted at the University of Notre Dame, and got my MBA there. I continued my academic exploration at the University of Southern California, where I received a Masters degree in Real Estate. Then I moved to North Carolina where I met my wife in 2007. In 2009, I met Herman at the David H. Murdock Research Institute in Kannapolis, North Carolina. I was so impressed with what they were doing because it was true, pure research and thought with the aim of developing a cure for MS. There were no extraneous expenses. So Herman and I began working together to create financial support to cure the disease I’ve been living with for 22 years. Herman: Hi Matt, I’m Herman Stone. Well, I remember reading about this amazing facility in Kannapolis, the David H. Murdock Research Institute and just before that, I learned that my youngest son had contracted MS… as well as my oldest child, my daughter. That was in 2008 and both of them were in their early 30’s. I wanted to make a difference so I asked Mr. Murdock if I could meet with him. I told him I’d like to see a study at his institute to find a cure for MS. When he asked me if I would make a contribution, I said I had recently sold my business and if he’d grant me my wish, I’d donate a million dollars. He quickly shook my hand, looked me straight in the eye and said, “Mr. Stone, we will start an MS research facility at the campus. That is my honor. That is my pledge to you.” And with that, I struck him a million dollar check. And that’s why I am here today, supporting, and speaking on behalf of, Discovery MS.
Matt: How has significance played a role in your journey? (My philosophy on significance has two components: Doing something you love and creating something of value to others.)
Jason: My motivating force in life is to always be of help to others. My work for Discovery MS is helping others pursue an important cause, and one that I understand deeply, and that I have a very personal interest in. I believe God gave me this disease so I would use the gift he gave me (my ability to talk with anyone) to help us find a cure. He knew I would be a good advocate.
Continue reading this "Significant" Information from here