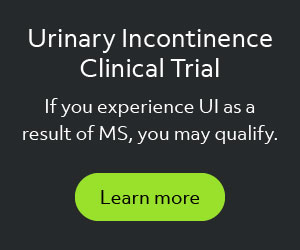 CLICK the Above Banner to learn more
Posted by Stuart at November 25, 2017 No comments: Links to this post

Scientists are exploring different possibilities to repair the damage to myelin. (Getty Images)


Can a new medical discovery turn back the clock for multiple sclerosis patients? Scientists are now saying it may be possible with a process known as remyelination. What exactly is that?
We all have insulation called a myelin sheath wrapped around the nerve fibers in our central nervous system. The purpose of this covering is to protect our neurons so signals can be sent from our brain, spinal cord and optic nerve to other areas of our body. But when someone has MS, a process called demyelination takes place, which means the myelin sheath gets damaged. The result? Signals sent from the central nervous system to the rest of the body end up going haywire.

Demyelination creates all kinds of misfiring – resulting in multiple sclerosis symptoms such as vision and cognitive problems, pain, spasticity, imbalance, bowel and bladder malfunction, as well as extreme fatigue, among other issues. Up to a few years ago, it seemed like once the myelin sheath was damaged, there was no turning back. The only way to treat MS was to prevent symptoms that already existed from getting worse. But now new, yet small, clinical trials are showing there may be a way to repair the myelin and even reverse the damage. This process, called remyelination, could be a game changer for MS patients.

In fact, scientists aren’t exploring just one way to repair the damage to myelin, they’re looking at a few possibilities. “Although no specific treatment for remyelination has yet to be approved by the [Food and Drug Administration], there are new drugs in the pipeline,” says Dr. Michael Sy, assistant professor in the department of neurology at UC Irvine School of Medicine.

“UCI is involved with one of the trials looking at an antibody called 'anti-LINGO-1,' which is intended to stimulate regrowth of the myelin sheath,” Sy explains. “Anti-LINGO-1 works by blocking the LINGO-1 protein that inhibits the production of myelin. During the first trial, it appeared as if the drug spurred myelin growth and that it might be helpful, particularly with relapsing-remitting MS,” Sy says.
“Unfortunately, a follow-up trial did not prove to be as successful. That said, research on anti-LINGO is continuing,” he adds. The most recent results were published in the April 2017 issue of the journal Neurology.

Sy remains heartened by the ongoing remyelination research. “All our present approved therapies are directed against preventing demyelination attacks. That means essentially our current treatments work by slowing down the progression of the disease,” he explains. “What we’re working on now is not just slowing down myelin damage, but regenerating the sheath. This would be a sea change because modern medicine doesn’t grow things. We typically just focus on preventing more damage.”

Another treatment that may benefit remyelination in multiple sclerosis patients is coming out of laboratory studies at UC San Francisco. The latest clinical trial is looking at the use of an antihistamine, the same type of medication currently available over-the-counter to help allergy symptoms. Recent research shows that the OTC medicine Tavist might be useful for remyelination, particularly for chronic optic neuropathy, a condition that can cause pain and vision loss in MS patients. “So far the positive results appear to be modest ones,” says Dr. Robert K. Shin, professor in the department of neurology at MedStar Georgetown University Hospital in the District of Columbia. The most recent study of the drug was published online in October in the journal The Lancet.

Although antihistamine treatment seems to help some people whose myelin was damaged for years, Shin remains cautious. “I wouldn’t want people with MS to run out and try to self-medicate with an OTC drug,” he says. “It’s also important to keep in mind that the drug used in the study was administered in a much higher level than the dosage used for common allergy symptoms.”

Ocrelizumab is more cost-effective than subcutaneous (SC) interferon beta-1a for the treatment of relapsing multiple sclerosis (RMS), a recent study found. A Markov cohort model with a 20-year horizon was developed to compare ocrelizumab with SC interferon beta-1a from a US payer perspective. A cohort of patients with relapsing-remitting MS (RRMS) and Expanded Disability Status Scale (EDSS) scores of 0–6, who initiated treatment with ocrelizumab or SC interferon beta-1a, were included. The model considered 21 health states: EDSS 0–9 in RRMS, EDSS 0–9 in secondary-progressive multiple sclerosis (SPMS), and death. Investigators found:


Motor and cognitive functions are interrelated in people with multiple sclerosis (MS), according to a recent study, and it is speculated that neural damage in people with MS impairs both cognitive processing speed and gait control. This investigation determined whether cognitive function, as measured by processing speed, is associated with gait variability in individuals with MS. This secondary analysis included 191 individuals with MS who underwent gait assessment and cognitive assessment. Cognitive processing speed was indexed by symbol digit modalities test (SDMT). Gait variability was indexed by step length and step time coefficient of variation (CV). Hierarchical linear regressions were performed to examine whether SDMT scores would predict step length and step time CV.
Researchers found:
After adjusting for age, gender, and disability, it was found that SDMT was a significant predictor of step time CV and step length CV.
Overall, slower cognitive processing speed was significantly associated with greater gait variability.

Fatigue Index for MS Is Easy to Administer

The Neurological Fatigue Index for people with multiple sclerosis (NFI-MS) and the performance fatigability measures evaluated in a recent study are easy to administer, according to researchers. Therefore, they encourage wider use of these measures in clinical and research settings for comprehensive assessment of MS-related fatigue. 52 participants (mean ± SD age, 46.8 ± 10.1 years) completed the study. 3 measures of performance fatigability were used: percent change in meters walked from first to last minute of the 6-Minute Walk Test, percent change in force exerted from first to last trial on a repetitive maximal hand grip test, and response speed variability on the Continuous Performance Test. Perceived physical and cognitive fatigue were measured using the NFI-MS.

The state level of fatigue was examined immediately before and after performing the fatigability measures using a 1-item visual analog fatigue scale.

What is “Therapeutic Lag”? Why does it matter when treating Multiple Sclerosis?


Dr.B discusses the concept of therapeutic lag and its relevance when assessing the efficacy of MS disease modifying therapies.

Protein May Be Marker of MS Disease Severity, Remyelination


WASHINGTON -- A cytokine-related protein may be a marker of disease severity in multiple sclerosis, and may eventually prove to be a remyelinating therapeutic agent, researchers reported here.

In a small proof-of-concept study, interleukin-4 induced protein 1 (IL4I1) was detected in human peripheral blood mononuclear cells, and adding more of it to those cells in vitro tamped down levels of two key pro-inflammatory cytokines thought to be drivers of MS: interferon-gamma (IFNγ) and IL17, according to Stephanie Davis, an MD/PhD candidate at Georgetown University.

"This is telling us, just as we saw in mice, that even in humans, IL4I1 can have an immune-modulating effect," Davis told MedPage Today during a poster session at the Society for Neuroscience meeting here.
IL4I1 is a secreted L-amino acid oxidase expressed by immune cells. Its exact function isn't clear, and it has rarely been studied in the context of the central nervous system, but it does play a role in phenylalanine metabolism, Davis said.
The protein first appeared on her team's radar -- she works at Georgetown's Huang Lab -- in a microarray analysis of genes expressed from demyelination to remyelination in a rat model. IL4I1 was highly upregulated at the onset of remyelination, they found.
Subsequent work showed that treatment with IL4I1 diminished inflammation and boosted remyelination in molecular models of MS in mice, and behavioral mouse models showed a reduction in symptoms in treated animals.
To assess whether IL4I1 is detectable in human cells, Davis and colleagues assessed peripheral blood mononuclear cells in vitro. Cells were stimulated to isolate the T cell component, then the researchers added either IL4I1 or a saline control to assess effects on gene expression.
READ MORE