Amazing video on the Emotional Aspects on living with MS; Depression; chatting with your healthcare team; Shared Decision making and an awesome Q&A session - Listen to Learn

COULD BE the FIRST SECONDARY MS TREATMENT IF APPROVED -- Novartis announces FDA filing acceptance of siponimod (BAF312), the first and only oral drug shown to delay disability progression in typical SPMS patients

Novartis is hoping for approvals for its new multiple sclerosis therapy siponimod in the US and Europe next year after filing the drug to regulators.
Siponimod (BAF312) – which is a follow-up to Novartis’ established MS therapy Gilenya (fingolimod) – is the first and so far only drug to have demonstrated it can delay the progression of secondary progressive MS (SPMS) in clinical trials, according to the drugmaker.
SPMS is a tough-to-treat variant of the degenerative condition, and while it is less common than relapsing-remitting MS, which accounts for 80% of all patients, but is much more debilitating and causes steady, irreversible worsening of disability as well as declines in cognitive ability. Around a quarter of patients with RRMS go onto develop SPMS within 10 years of their initial diagnosis.
There is an urgent need for effective treatments for SPMS, and that has analysts predicting blockbuster sales for siponimod if it clears regulatory review.
In the EXPAND study presented at this year’s American Academy of Neurology (AAN) conference, siponimod showed a 14-20% reduced risk of disability progression in SPMS compared to placebo at three-months, with the difference expanding to 29-33% at the six-month timepoint. Siponimod also seemed to have a meaningful benefit on patients’ cognitive processing speed in the study.
Novartis wants to get the new orally-active drug to patients as quickly as possible so is using a priority review voucher it earned for an earlier product approval to shorten the FDA’s review time – setting up a possible approval there next March. In Europe, a verdict is expected sometime before the end of 2019.
READ MORE

Posted by Stuart at October 09, 2018 No comments: Links to this post

Depression: Common but Undertreated in People With MS, Expert Says

As many as 50 percent of people with MS have depression, yet too often it goes unrecognized and untreated. 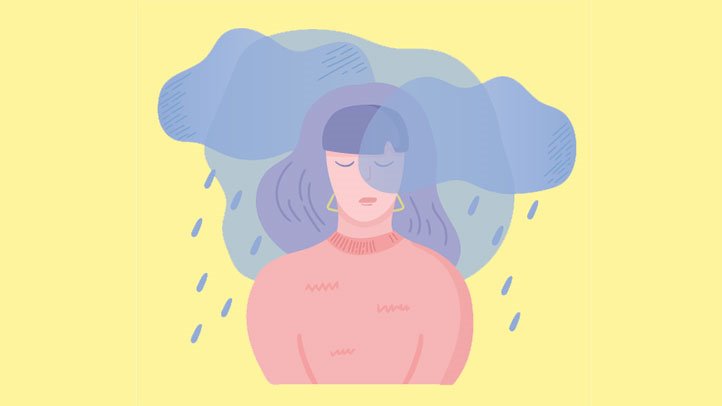 Treating and managing depression in people with multiple sclerosis (MS) is as important as treating and managing other symptoms of this central nervous system disease, such as weakness and numbness, says Adam Kaplin, MD, PhD, assistant professor of psychiatry and behavioral sciences in the departments of psychiatry and neurology at Johns Hopkins University School of Medicine in Baltimore. Dr. Kaplin is one of only a few neuropsychiatrists specializing in MS.
According to Kaplin, depression is "extremely common in MS," occurring in 15 to 30 percent of people who have MS at any one time, and with a lifetime prevalence of 40 to 60 percent.

"The magnitude of this can't be underestimated," he says. "We also know from studies that many neurologists don’t consider this a priority, and that it is 'the elephant in the room' for them. We can appreciate that short appointment times don't leave much room for asking a patient, 'How's your mood?' In fact, depression is a life-threatening component of MS."

What’s the Link Between Hormones and MS?

Researchers aren’t sure exactly what causes multiple sclerosis. An area of their interest is hormones, which act as messengers in the body to influence everything from your moods, hunger, growth, and sex drive.
Studies show hormones may also affect how MS plays out in your body, how much damage it does, and your odds of having the disease in the first place.

Like other autoimmune diseases, which make your body turn against itself, MS is more common in women. One reason might have to do with sex hormones like estrogen and testosterone. Studies suggest that high levels of testosterone in young males may protect them from disease. Men also tend to get MS later in life, when their testosterone levels usually dip.
It’s possible that testosterone could be a treatment against MS. One small study found that men with the condition who used a testosterone gel daily showed improved memory and attention. They also lost nerve cells in their brain more slowly. A reason might be the hormone’s anti-inflammatory powers. With MS, your immune cells attack your nervous system. This leads to inflammation. That harms the nerves and their protective coating, called myelin. Testosterone may lessen or even prevent that.

Normal levels of this female sex hormone, or the amount in birth control pills, don't seem to protect against MS. But high doses might. Women with MS tend to have fewer symptoms during pregnancy, a time when estrogen levels spike.
High levels of two types of estrogen, estriol and estradiol, have been shown to have a benefit against MS. For people who have the relapsing-remitting type of MS, the hormones may make the relapses, when symptoms appear, less frequent. Estrogen is believed to work in the same way as testosterone, by lowering inflammation.

These hormones affect nearly every tissue in your body. The two main ones are triiodothyronine (T3) and thyroxine (T4). Early research on mice suggests that these two can slow, and even reverse, nerve damage brought on by MS. That may ease symptoms like tingling, vision problems, and tiredness.
Thyroid hormones work by activating cells that help make the protective myelin. Researchers say that taking a thyroid hormone supplement between flares can boost myelin production.

This helps children and teens grow and mature. In adults, it helps control your metabolism, muscle and bone growth, and other activities. MS symptoms tend to be more severe in people with low HGH levels. Researchers continue to study how the hormone may help protect against the disease.

Posted by Stuart at October 07, 2018 No comments: Links to this post