Background: The MSFC was recommended by the Clinical Outcomes Assessment Task Force of the National MS Society as a new clinical outcome measure for clinical trials. The MSFC, which contains a test of walking speed, arm dexterity, and cognitive function, is expressed as a single score on a continuous scale. It was thought to offer improved reliability and responsiveness compared with traditional clinical MS outcome measures. The predictive value of MSFC scores in RR-MS has not been determined.

Methods: The authors conducted a follow-up study of patients with RR-MS who participated in a phase III study of interferon β-1a (AVONEX) to determine the predictive value of MSFC scores. MSFC scores were constructed from data obtained during the phase III trial. Patients were evaluated by neurologic and MRI examinations after an average interval of 8.1 years from the start of the clinical trial. The relationships between MSFC scores during the clinical trial and follow-up status were determined.

Conclusion: MSFC scores in patients with RR-MS predict the level of disability and extent of brain atrophy 6 to 8 years later. MSFC scores may prove useful to assign prognosis, monitor patients during early stages of MS, and to assess treatment effects.


Academic neurologists are seeing many patients with neurological diseases interested in or receiving unapproved stem cell-based treatments, sometimes with negative health and/or financial consequences, according to a U.S. survey of neurologists. 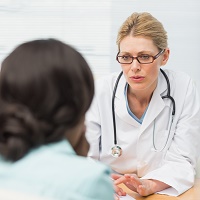 Pediatric MS Can Be ‘Diagnostic Odyssey’

A post in one of the MS social media groups I follow recently asked whether kids can have MS. The writer was worried about her 3-year-old.

One commenter replied that her son was diagnosed when he was 9. But, she wrote, his symptoms actually began to appear when he was an infant. A 2018 study by the Cleveland Clinic reported a case of MS in a child as young as 2.5 years old. It’s not an easy diagnosis to make in a youngster. And it’s not an easy process for the children or their parents.


A difficult diagnosis
Theodore P. Cross, a researcher at the University of Illinois, has studied the families of children diagnosed with pediatric-onset MS (POMS). In an article on the university’s website, he says parents know that something is wrong with their child but their doctors can’t pin it down.

“Many of these kids went through a diagnostic odyssey where they would go from pediatricians to emergency rooms to other pediatricians, and it could take weeks to even get the diagnosis that they had MS,” Cross said, according to university education editor Sharita Forrest. “Meanwhile, their bodily function is off. They’re suffering from fatigue. Their vision and mental processes may be affected. They have no idea why and no diagnosis to explain it.”

Children often have symptoms that are different from adults. Some of the parents in the study said they didn’t initially realize their children’s symptoms might indicate a serious illness.

Sometimes those medical problems reveal themselves in the classroom. According to study co-author Lisa V. Duffy, in some cases, those problems at school are what pushed doctors toward an MS diagnosis. “Many times we would see patients where their primary symptom was that they were starting to fail classes or their grades were really dropping, and somebody picked up on it that way,” Duffy said, according to Forrest.

Tough on the entire family
Cross and his colleagues studied 21 couples whose children had a confirmed diagnosis of POMS. Unsurprisingly, their study found that these families were overwhelmed by juggling visits to doctors and hospitals and were stressed by the impact of MS symptoms on their children. Some parents were uncomfortable seeing their children injected with a disease-modifying therapy, and some were uneasy with the side effects those medications caused.

According to study co-author David J. Rintell, “it was very clear that the parents were suffering gravely. They were very worried and concerned about their kids, as one would expect.”

What’s being done for POMS?
Over the past several years, healthcare professionals have awakened to the fact that kids can have MS, too. And they’re beginning to address the unique problems that MS holds for both these children and their parents. The National MS Society has a section on its website devoted to POMS. So does the MS Trust. The Children’s Hospital of Philadelphia has a webpage and a specialty clinic.

The Pediatric MS Alliance (PMSA) has a membership of over 500, made up primarily of the parents and caretakers of young MS patients. The PMSA has a closed Facebook group and a website. There’s also “Oscar the MS Monkey,” who has a Facebook page devoted to children with MS.

Did I have POMS?
I was diagnosed when I was 32. I never thought about the possibility that I was showing MS symptoms as a youngster, but maybe I was. In high school, I would sometimes doze off in class. I had a high IQ, but I never had high grades. And I had trouble memorizing things. Were these early signs of my MS future? Well, even if they were, there wasn’t a whole lot that could, or would, have been done about it back in the 1960s.


I received an email recently from the National Multiple Sclerosis Society in the U.S. promoting a searchable database of “credible doctors and resources.”
A few days later, I happened to run across another online multiple sclerosis (MS) information service hosted by the HealthCare Journey website. They call it a Virtual Multiple Sclerosis Center. It’s designed to provide an answer from a healthcare professional to nearly any question you have about multiple sclerosis.
Both efforts attempt to provide clickable, useful information for people with MS. But I think only one of these is really useful: That’s the virtual center.

This website tool involves about 20 healthcare professionals, all of whom are MS specialists, including neurologists, physical therapists, and nurses. There’s even a dietician. This resource has been around since 2016, but I’m just catching up with it. Patient columnist Laura Kolaczkowski wrote about it two years ago.
In her column, Laura wrote, “The appropriate MS expert will respond to your posted question, and everyone can benefit from reading this section. Even if you have your own neurologist, this is like having an additional medical expert to consult.”
All of the questions and answers are posted for everyone to see. And the service is free.
Click here to continue reading this article

RECOGNIZING THE SIGNS OF SPMS

KNOW WHAT TO LOOK FOR

While everyone's multiple sclerosis (MS) may progress differently, there are common signs to look out for. The biggest signs are symptoms that are getting worse or new symptoms, often with less frequent, less intense relapses.


Keep a lookout for the signs of progressive MS, and discuss anything you notice with your doctor.

THESE SYMPTOMS COMMONLY GET WORSE WITH PROGRESSIVE MS

CLICK here to see the symptoms and learn more