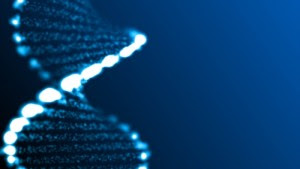 While the majority of scientists dedicated to multiple sclerosis research focus on genetic regulators of conditions such as autoimmunity, demyelination, inflammation, and neurodegeneration, a team from the University of Lubeck in Germany, led by Saleh M. Ibrahim, MD, PhD, focuses on genetic regulators of conduction velocity. The team is uncovering how certain genetic alterations aggravate disease in multiple sclerosis patients and mice with multiple sclerosis-like experimental autoimmune encephalomyelitis (EAE).
“Impairment of nerve conduction is a common feature in neurodegenerative and neuroinflammatory diseases such as multiple sclerosis,” stated Dr. Ibrahim, as reported by a press release from the publishing organization Elsevier. “Measurement of evoked potentials (whether visual, motor, or sensory) is widely used for diagnosis and recently also as a prognostic marker for multiple sclerosis.”
The gene culprit identified by Dr. Ibrahim’s group is the inositol polyphosphate-4-phosphatase, type II (INPP4b) gene. As detailed in the team’s article published in The American Journal of Pathology, “Nerve Conduction Velocity is Regulated by the Inositol Polyphosphate-4-Phosphatase II Gene,” polymorphisms, or two variants of the same gene, of Inpp4b produce different speeds of nerve conduction in multiple sclerosis patients and mice with EAE.
Dr. Ibrahim and colleagues made their discovery through several genomic approaches, including quantitative trait mapping, congenic mapping, in silico haplotype analyses, comparative genomics, and transgenic mice. After identifying Inpp4b as the gene behind the genetic locus EAE31, which was previously shown to control motor evoked potential latency and clinical onset of mouse EAE, the team analyzed the region in 8 mice strains.
Interestingly, the strains of mice could be placed into two categories based on the resultant amino acid sequence of INPP4B. One groups had the longer-latency SJL/J allele and the two amino acids arginine and proline, while the other group had the shorter-latency C57BL/10S allele and the two amino acids serine and histidine. “These data suggest that INPP4b structural polymorphism is associated with the speed of neuronal conduction,” stated Dr. Ibrahim. What’s more, mice with mutant Inpp4b had slower nerve conduction than control mice without the mutation.
Applying their findings to humans, the team investigated INPP4B polymorphisms in multiple sclerosis patients from Spain and Germany. Each group had over 300 cases of the mutation and controls (349 cases and 362 controls in Spain and 562 cases and 3,314 controls in Germany). When the cohorts were pooled, there was a statistical significance in the risk for aggravated multiple sclerosis symptoms due to a INPP4B polymorphism. However, looking at the cohorts individually, the Spanish cohort showed a significant association, while the German cohort did not. “The exact reason for the diverging effect across these populations remains unresolved,” commented Dr. Ibrahim.
Continue Reading