Scientists have identified 2 cytokines that appear to be tied to the potential for a patient’s multiple sclerosis (MS) to progress to a more severe form.The cytokines — macrophage migration inhibitory factor (MIF) and D-dopachrome tautomerase (D-DT) — have already been known to be involved in exacerbating other autoimmune disorders by increasing inflammation.The question for researchers at Oregon Health and Science University and Yale University was whether any correlation could be found between those 2 immunoregulatory cytokines and MS progression specifically.Through a mix of clinical observation and immunologic and DNA analysis, the researchers found that MIF and D-DT levels were indeed higher in patients with progressive disease. They also demonstrated that male patients who are genetically prone to higher levels of MIF had a greater chance of having progressive MS.“These findings indicate that genetically controlled high MIF expression (and D-DT) promotes MS progression in males,” researchers wrote, “suggesting that these two factors are sex-specific disease modifiers and raising the possibility that aggressive anti-MIF treatment of clinically isolated syndrome or RRMS males with a high-expresser genotype might slow or prevent the onset of progressive MS.”The findings also pave the way for simple genetic testing to be used to help identify patients at risk of developing the more severe form of the disease.Arthur A. Vandenbark, PhD, told MD Magazine that it makes sense that the link would be evident in males. Though women are about 3 times as likely to be diagnosed with MS, cases of MS in men tend to have more severe cases, on average.“My theory, based on some data in the mouse model of MS, is that females may have less severe progressive MS than males due to the natural immune inhibitory properties of estrogen that may partially ameliorate MS severity and potentially limit some of the more severe MIF and D-DT effects seen in males,” Vandenbark said.The researchers also took the first steps to probe the therapeutic implications of their findings. They used an existing therapy targeting MIF models to treat rodents with an MS-like disease.The treatment succeeded in inhibiting MIF and D-DT, suggesting that it could succeed in slowing or blocking MS progression in humans. The success of the existing therapy is good news for patients, even as scientists work to develop more therapies aimed at reducing MIF and D-DT.The researchers say therapies targeting CD74, the common receptor for MIF and D-DT, would likely be beneficial in reducing the severity of MS in patients.The study showed the therapy could work both before and after the onset of acute disease when MIF levels are lower, and during the chronic phase when MIF levels are low or high, Vandenbark said.“We thus anticipate that blocking effects of MIF and D-DT will be beneficial for patients in all stages of MS, including those who are less likely to develop progressive MS,” Vandenbark said.The study, “MIF and D-DT are potential disease severity modifiers in male MS subjects,” was published online in the journal PNAS.
SOURCE LINK 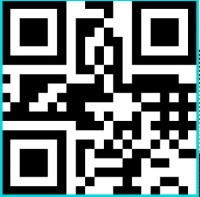